To fully appreciate Almaty you need to book a Holiday Houseboy, your personal gay friendly tour guide. He will be able to show you around like a local. Whether you want to see the tourist sites, places off the beaten track or discover the new experiences, the Holiday Houseboy is there to help you. He looks after your safety and welfare at all times. 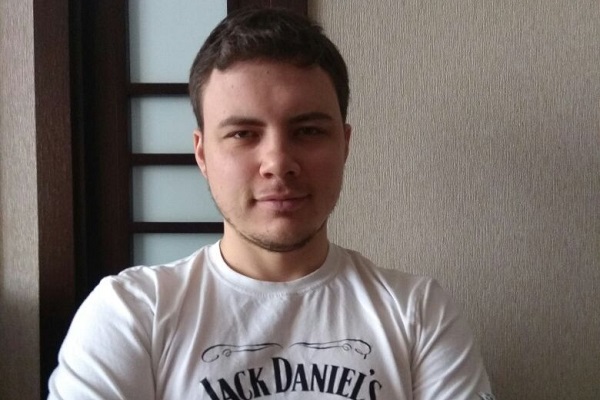 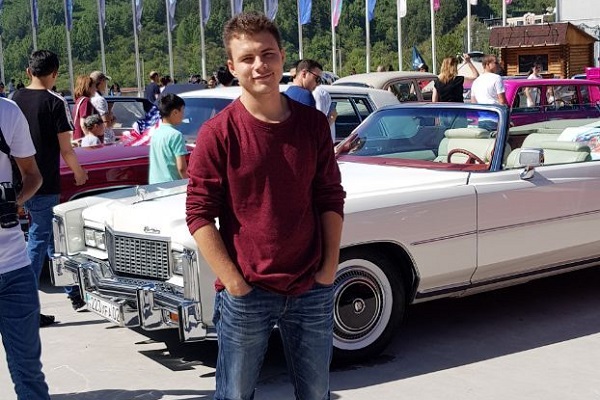 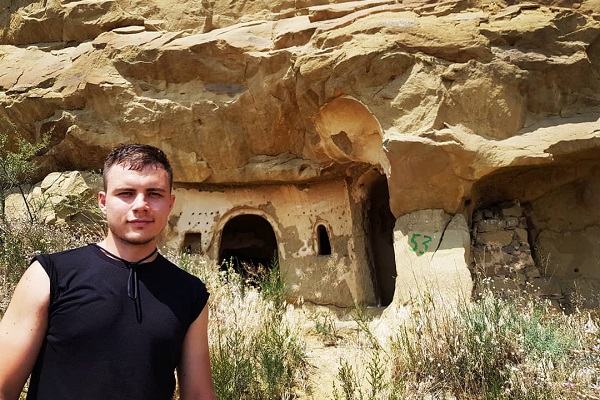 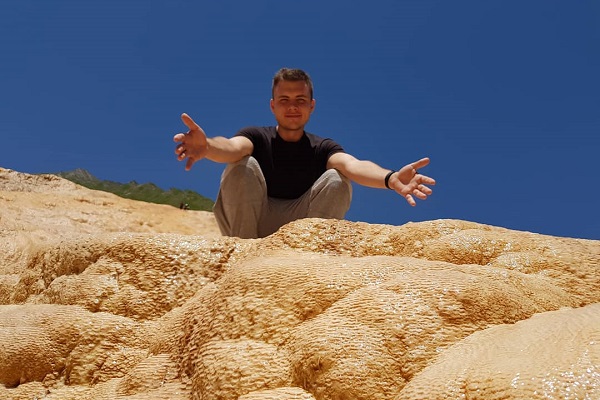 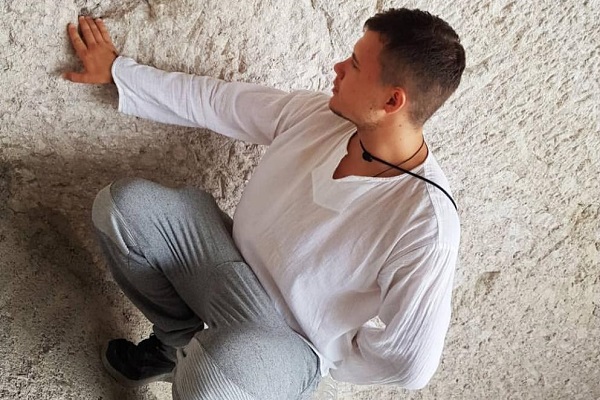 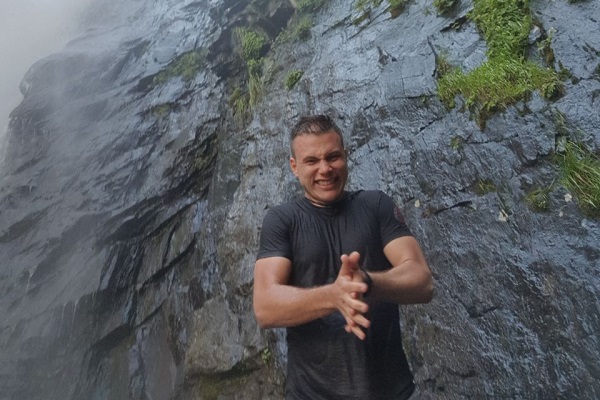 John graduated from university with a degree in international relations. A much travelled individual, John worked first as a guide in Goa, India. Now back in his homeland, John is continuing his guiding profession. To do so he has also been studying to be a qualified guide. Regarding hobbies, John likes strumming percussion instruments. Having mastered the African djembe, his new instrument of choice is the hang drum. If you are looking for an educated fun guy with an interest in outdoors and music, the John’s your guy. Book him and have a great day!

John is 33 years old, covid vaccinated, does not smoke and speaks English and Russian.

Total cost for the guide services of John for a full day of 8 hours = a non refundable deposit of USD 45 by Paypal or major credit card (Visa, Mastercard, American Express) PLUS USD 100 in cash to John after his services. Total 145 US dollars.

Alternatively for the guide services of John for half a day of 4 hours = a non refundable deposit of USD 25 by Paypal or major credit card (Visa, Mastercard, American Express) PLUS USD 65 in cash to John after his services. Total 90 US dollars.

This does not include transport, entrance fees or any food & beverage costs.

How To Book A Holiday Houseboy

To book any of our Holiday Houseboys please go to the enquiry form.

Or send an email to info@holidayhouseboys.com.

Remember a Holiday Houseboy is your gay friendly tour guide who looks after your safety and welfare at all times.

Please note these are guide services and not sexual services.

With over 2 million people, Almaty is the largest city in Kazakhstan. As such it is Kazakhstan’s trading and cultural hub. Almaty used to be the capital of Kazakhstan in the post Soviet and independent era from 1929 to 1997. However the government decided to move the capital to Nur Sultan, formerly Astana, some 12 hours north by train. The reason for the move was given that Almaty was in an earthquake zone and its close proximity to China.

The city itself sits at the foot of the Trans-Ili Alatau Mountains in Southern Kazakhstan , near Kyrgyzstan. It is also at the meeting of the small and large Amatinka Rivers. At 700 to 900 metres (2,000 to 3,000 feet above sea-level), this is where the rivers run into the plain. Higher in the mountains you will find the Big Almaty Lake. This is where the city’s water supply comes from. Close by there is also a Birds of Prey attraction with owls, vultures and eagles on show. Another place for walking is by a turquoise lake called Lake Issyk with numerous hiking trails.

If you like ice and snow there is the Medeu Skating Rink and Ski Resort. At 1691 metres, this complex houses the highest skating rink in the world. With average temperatures of 20 C in summer, the activities are skating cycling, skateboarding, volleyball and street ball. Obviously in winter time with temperatures at -10C, the attraction is the ice skating.

You can take a cable ride up Kok-Tobe Hill. Apart from the views of Almaty there are fun things to do. Some amusement rides, a bungee catapult, a small zoo, local stalls, a summer toboggan ride and a few restaurants. In addition there is an escape room. But the big surprise is a bronze statue of the Beatles. Stand with the fab four and get your picture taken.

Almaty Central Park draws the crowds especially on fine days. Apart from being a green area, activities here include cafes, a beer garden, dolphin show and an aqua park. Again there is a zoo here too. You can also enjoy a Dino Park, to discover the history of the dinosaurs. Other features include a ferris wheel, a fear room and a chain carousel.

One of the main landmarks in Almaty is Ascension Cathedral. In Panfilov Park, this Russian orthodox building is one of the five largest wooden buildings in the world. Its beautiful inside and out. Inside there are frescoes, a flat roof apart from the cupola, stain glass windows and a small shop selling icons and candles. Outside you see the gilded spires in true Russian style. Also in this park is a war memorial paying tribute to the 28 army men who sacrificed their lives to delay the advance of the Germans into Moscow. Thereby giving the Russians extra time for their defence, and raising their status to martyrdom.

Additionally other attractions include The First President’s Park with a musical fountain, Almaty Metro and the Museum of Arts of the Republic of Kazakhstan. Other museums that you may wish to visit include the Archeology Museum, the Museum of Folk Music Instruments and the Central State Museum of Kazakhstan. However if your interest is shopping try Zelenyy Bazar and Esentai Mall. Not withstanding you could travel further afield to Altyn-Emel, and if you are fortunate you can hear the singing sand dunes.

Don’t miss the opportunity of discovering Almaty with a Holiday Houseboy, your gay friendly guide. Going with an informative local will help you get the most out of your vacation in a fun and interesting way.