To fully appreciate Athens you need to book a Holiday Houseboy, your local friendly tour guide. He will be able to show you around like a local. Whether you want to see the tourist sites, places off the beaten track or discover new experiences, the Holiday Houseboy is there to help you. He looks after your safety and welfare at all times. 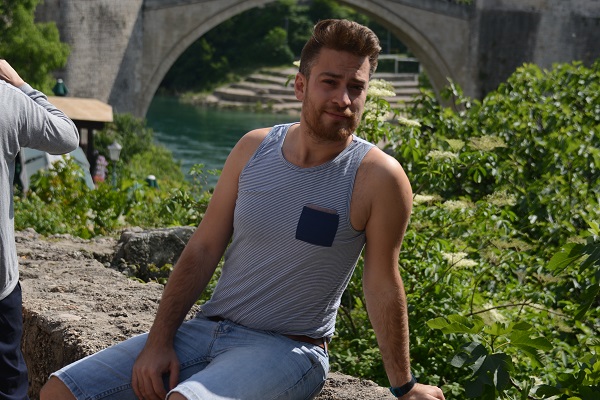 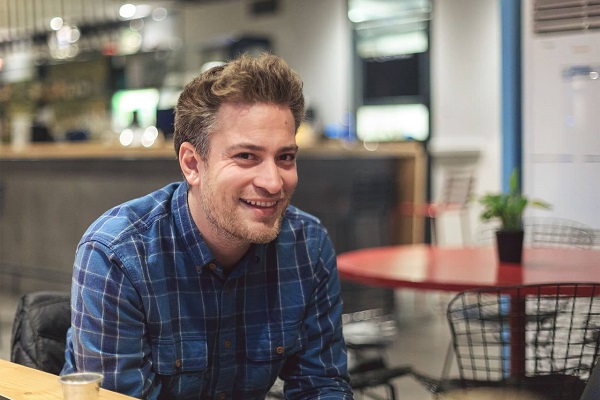 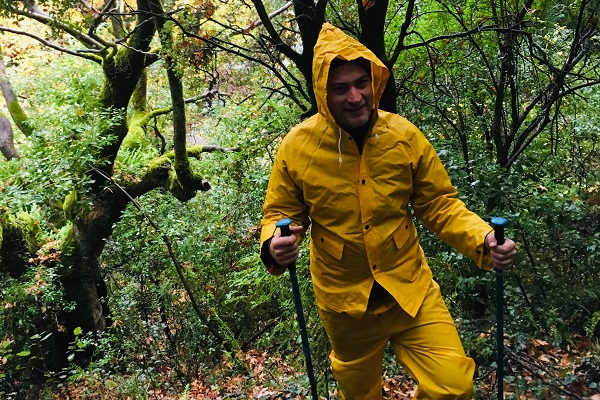 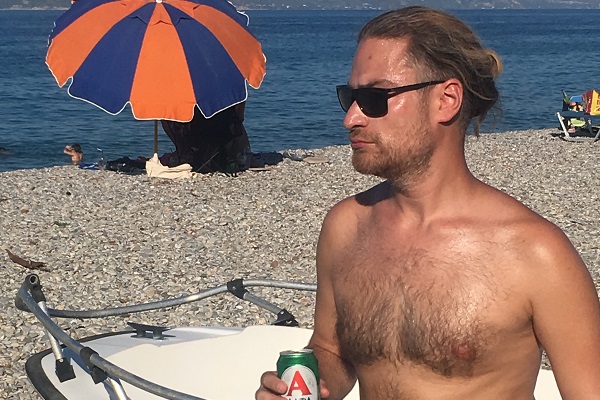 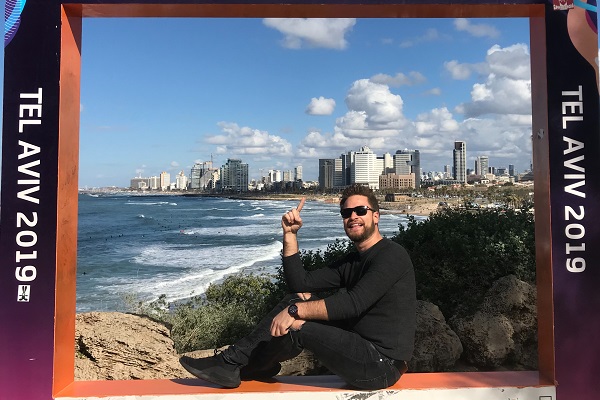 Oral has a BA in Travel Agency Management and Tourist Guiding, and an MSc with a major in Tourism. Putting theory into practice, he has visited 43 countries. Although his birth country is Turkey, he grew up in Kazakhstan. Oral though has moved to Greece and has lived in Athens for the last three years.  He has worked in different hospitality entities. These include five stars hotels as a concierge and a sales agent for several travel agencies. Lately he has gained an interest in social media marketing and advertising. His hobbies include swimming, hiking and cooking. In addition his interests are history, archeology and mythology. All of which make Oral a truly interesting guide to book with many stories to tell!

Total cost for the guide services of Oral for a full day of 8 hours = a non refundable deposit of 45 euros by Paypal or major credit card (Visa, Mastercard, American Express) PLUS 120 euros in cash to Oral after his services. Total 165 euros.

Alternatively for the guide services of Oral for half a day of 4 hours = a non refundable deposit of 25 euros by Paypal or major credit card (Visa, Mastercard, American Express) PLUS 65 euros in cash to Oral after his services. Total 90 euros.

This does not include transport, entrance fees or any food & beverage costs.

How To Book A Holiday Houseboy

To book any of our Holiday Houseboys please go to the enquiry form.

Or send an email to info@holidayhouseboys.com.

Remember a Holiday Houseboy is your gay friendly tour guide who looks after your safety and welfare at all times.

Please note these are guide services and not sexual services.


Make the most of your stay in Athens and book one or more of these wonderful activities. 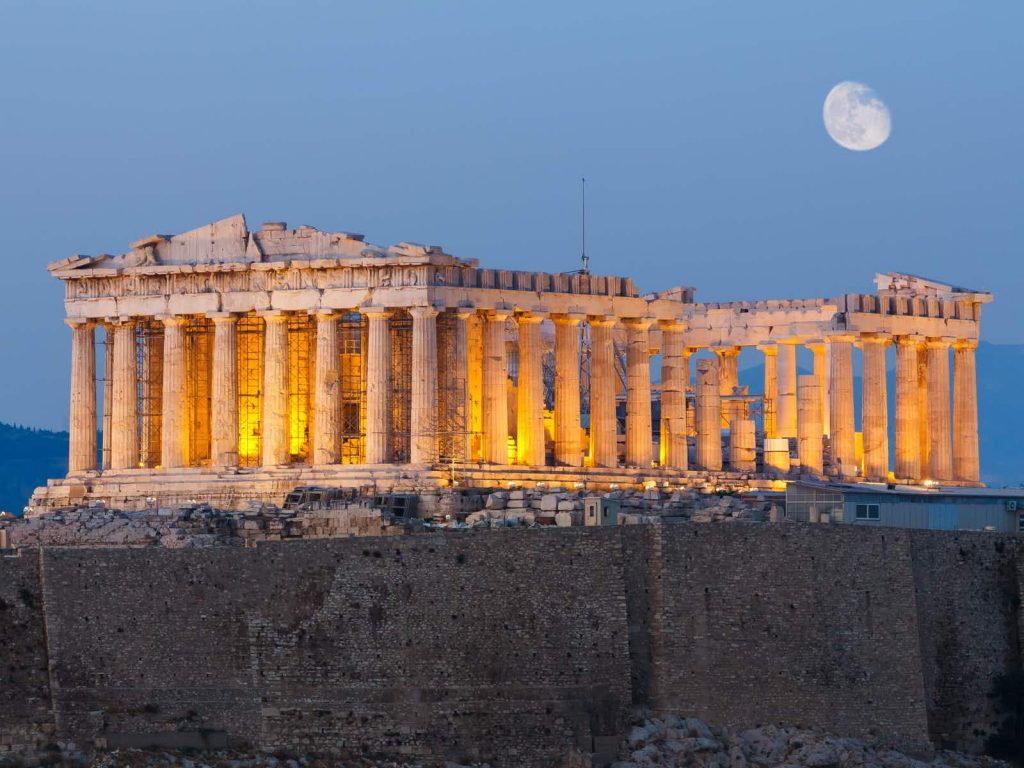 Athens the capital of Greece is a popular European tourist destination. Considering its rich past it is no wonder that it is a major attraction. The city itself went under a revamp when it hosted the Olympic Games in 2004 nowadays making it a more pleasant city to visit with amenities rather than a derelict one. The economy however has fallen on to poor times were stringent austerity measures have not been welcomed by its populace.

The top tourist attraction is the Acropolis. Sited on a large hill in the centre of Athens it is hard to miss. Taking greater care over its restoration, there is the Parthenon with its white marble columns and the Temple of Athena Nike amongst others. It is a UNESCO World Heritage Site not to be missed. One tip from a tourist is to avoid the free days as it becomes over crowded.

For a 2nd century theatre, go to Herod Atticus Odeon. Found at the north entrance of the Acropolis. Indeed it was built in 161 but it was only after its restoration in 1955 has the theatre come back with live performances. The fact that some people may have seated in the very same spot centuries earlier to see a performance may send a shiver of nostalgia up your spine. Certainly tourists talk about an unforgettable aura about this place.

Head northwest out of the Acropolis and you come to the Ancient Agora of Athens. Originally a market place it was nevertheless a place for political and cultural discourse.

For the history buffs a trip to the National Archaeological Museum is well worth while. Expect to see golden treasures, statues in marble and bronze, amazing jewellery and an array of collections. For example there is the Mycenae, the Cycladic, Kouros and Egyptian collection. In addition there is an awe inspiring vase collection. View the death masks and weapons too. An overall fascinating museum full of artefacts depicting the transition of Greece throughout the centuries.

However if it is the best view of the Athens skyline that you are after, take the funicular tramway to go to the top of Mount Lycabettus. Alternatively you could go by foot. It will take you about 40 minutes but you will go past a small church and plenty of coffee shops. At the top of the hill there are a couple of restaurants and St.George’s Church. But you really come here for the panoramic view.

The Greeks were famous for founding what we know today as the Olympic Games. The world event where athletes test themselves in various disciplines to see who comes out the greatest. The Panathenaic Stadium is where it all started.

Athenians often seek refuge at Philopappos Hill. A great place for a picnic and to admire the views. Apart from the statue dedicated to Philopappos it is also the site of his burial place.

Whilst it is interesting to see the past, to get a glimpse of the new, try visiting the neighbourhood of Monastiraki. It has a famous flea market, and the area is a hive buzzing with restaurants and tavernas.