Most of Morocco’s food is produced right inside the country, including many of the ingredients you’ll see in traditional dishes. This includes fruits like lemons, olives and prunes, as well as many different spices. But what traditional flavors must you try before you fly home from Morocco? 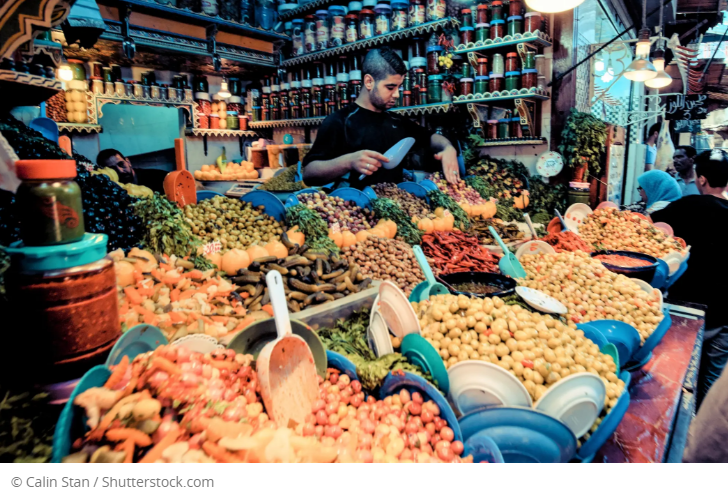 Tagine is a Berber dish of meat, fruit, vegetables and spices cooked together very slowly in a clay pot that’s also called a tagine. The Berbers are descendants of the pre-Arab people of North Africa.

Tagine is traditionally prepared over hot charcoal. The top part of the clay pot, which is shaped like a cone, allows steam to rise, condense and return to the pot, keeping in moisture. Popular spices used in Moroccan tagine dishes include ginger, cumin, turmeric, cinnamon and saffron.

No Moroccan meal is complete during the holy month of Ramadan without a hot bowl of harira soup. Harira is made with lamb, tomatoes, onions, chickpeas and lentils, although recipes can vary a lot between families. The name harira comes from the Arabic word for silk, which describes the soup’s texture after it has been thickened with eggs or flour. 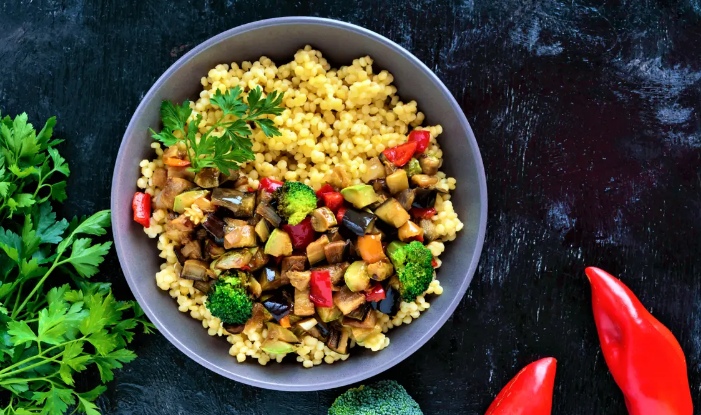 Couscous is a fine pasta made of semolina flour that looks like small grains. It’s often steamed over a stew of meat or vegetables. The stew is served on top of the steamed couscous. It’s a tradition in Morocco to eat couscous on Fridays after midday prayers, when children also have the afternoon off from school and many businesses close.

Also known locally as Berber whiskey. Since Muslims don’t drink alcohol — Moroccan mint tea is a green tea prepared with fresh mint and sugar. It’s served at all times of the day and is central to social life in Morocco.

When visiting a family, Moroccan mint tea is traditionally served by the family’s head male, poured from high up so foam forms on its top. Each person will get three glasses, with each glass having a stronger flavor.

We offer the following 5 destinations in Morocco: Casablanca, Marrakesh, Meknes, Merzouga and Rabat.

To fully explore Morocco, contract the services of a Holiday Houseboy, your private gay friendly tour guide. Additionally with his experience, he will be able to make a personalised itinerary just for you to ensure that you get to see what you want. Make the most of your vacation and book a Holiday Houseboy for Morocco.

Some Faces of Morocco