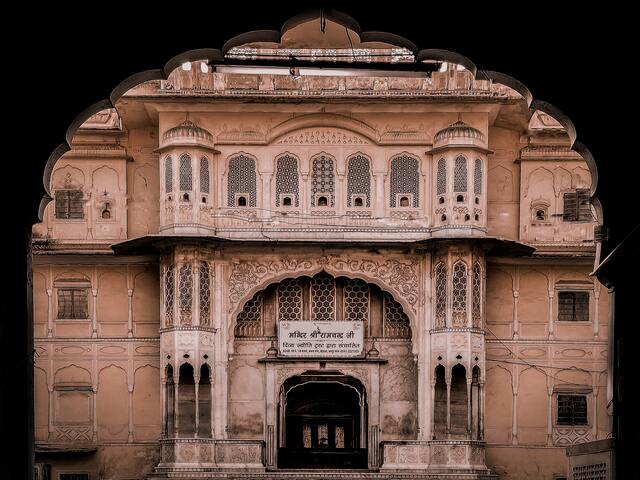 Jaipur is a beautiful city situated in the Rajasthan state of India. This is one of the cities belonging to the Golden Triangle in India known for its positions that make a triangular structure. Thus, it is one of the most famous tourist destinations in the country. There are many attractions to see in this city and it’s worth knowing these few to enjoy the best of Jaipur, India.

Hawa Mahal is about 12 kms away from the Jaipur International Airport. This is known to be the tallest building in the world without a foundation, also called the “Palace of Breeze” and was built in 1799. It is said to have been built as an extension of the City Palace that is located nearby. The walls of this palace have more than 900 windows. It is known to be a summer palace because of the breeze that blows in through these windows that are in the shape of a honeycomb.

City Palace is situated 12 kms away from the Jaipur International Airport. This palace was built in 1727, around the same time the city of Jaipur came into being. This palace is spread across a large area with large gateways to enter and has many buildings, temples, etc. Some of the important ones include the Govind Dev Ji Temple, the Chandra Mahal, the Mubarak Mahal, the Pritam Niwas Chowk, and the Clock Tower.

Jal Mahal is about 20 kms away from the Jaipur International Airport. This palace is also known as Water Palace because it is situated in the middle of Man Sagar Lake in Jaipur. It was originally built in 1699 and was later renovated in the 18th century. This palace is an example of the architecture that is common in Rajasthan, which is called ‘Rajput’. This palace has been built with red sandstone. It has five stories, out of which four are underwater when the lake fills. Thus, with just the top floor exposed, it seems like the palace is floating in the water.

This is also called ‘Amber Fort’ and is situated about 20 kms away from the Jaipur International Airport. It sits on a hill and is made with pink and yellow sandstone and white marble. The architecture of this fort is said to have been influenced by Mughal architecture. This fort has four main sections which have their own courtyards. In this fort, you can see the Hall of Public Audience, the Hall of Private Audience, the Mirror Palace, and the Sukh Niwas.

A Holiday Houseboy is a gay friendly tour guide. He looks after your safety, welfare and interests. Having a local to show you round makes sure you get the most out of your holiday. When visiting Jaipur, book a Holiday Houseboy by clicking here.

Our other destinations in India are Agra, Darjeeling, Kerala, Mumbai, New Delhi and Siliguri in West Bengal.