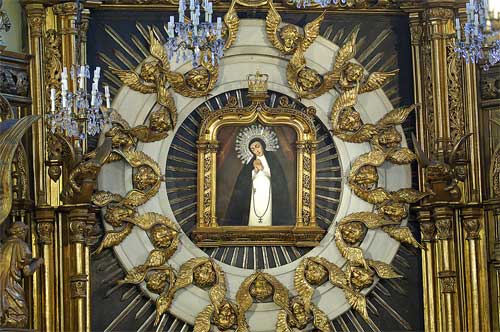 What do gay bears of Madrid and the fiesta of La Paloma got in common?

Each August Spanish people who live in the cities head to their respective home towns to take part in their local fiestas. But for those that live in Madrid, especially in the barrio of La Latina, there is the festival of La Paloma. A fiesta that dates back to the end of the 18th Century. People are in traditional Madrid costume, where the men where caps and the ladies shawls.

A Painting Not A Statue

Unlike other places, the Virgin of the Paloma is a painting not a statue. It is placed in the centre of an altar piece. Throughout the year it hangs in the parish church of the Virgin of La Paloma and Royal San Pedro. The church of “La Virgin de la Paloma y San Pedro el Real” is in calle Paloma, 19. 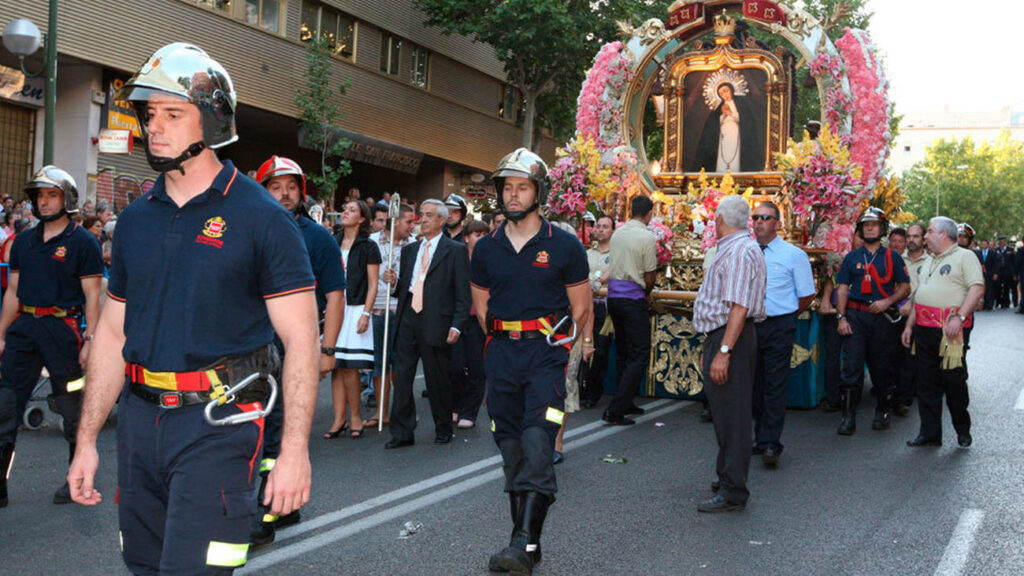 The Virgin of Paloma Being Escorted by the Firemen of Madrid

However once a year on 15th August, a group of firemen carefully lower the painting, from its fixture using a pulley system. Note 15th August is a Spanish national holiday. The painting weighs over 100 kgs so its lowering requires careful attention and skill. This all takes place in a church ceremony attended by the archbishop, the Major of Madrid, personalities, representatives of the Madrid fire brigade, and the parish congregation. After its lowering a procession takes place where the firemen escort the painting around the barrio of La Latina of Madrid. So popular is this tradition that the lowering and procession is now televised. Once the festivities are over it is the responsibility of the firemen to place the painting of La Paloma back to its original position.

The virgin of the Paloma is the patron saint of firemen. Apart from the drinking and dancing, there is also an exhibition of the firemen displaying their skills.

Gay bears area a collective of hirsute, often bearded guys, who are not ashamed of their extra weight. Bellies to the fore. Average age 35 yrs. Diet and exercise have little meaning to gay bears of Madrid or from elsewhere. This is in stark contrast to the slim hairless portrayal of men in the 1980s. The gay bear community first started in San Francisco. A Bear magazine followed and gay bear bars have opened all over the world. To such an extent that there are many fiestas celebrated to cater for this market. For example Mad Bear started in December 2001. It is now so large that attendees are not just local gay bears of Madrid but from all over the world, especially USA. Also new events have emerged – Mad Bear Beach takes place in Torremolinos every August. 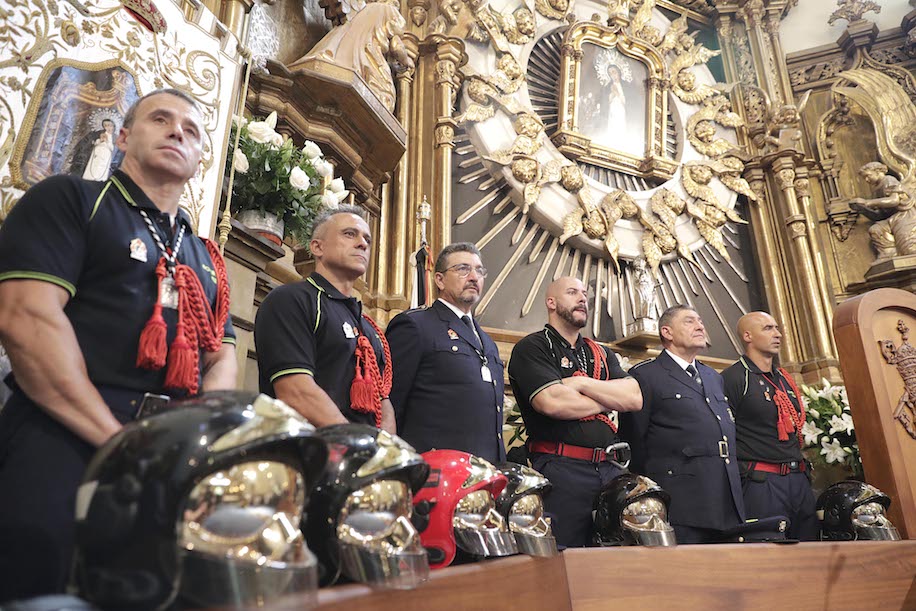 The obvious attraction of this fiesta, are the firemen. Stocky guys in uniform. A gay bear’s dream so to speak. Having said that this fiesta is a local Madrid fiesta, so you will find people from all walks of society. It’s just that for the gay bears of Madrid these guys are their idols. 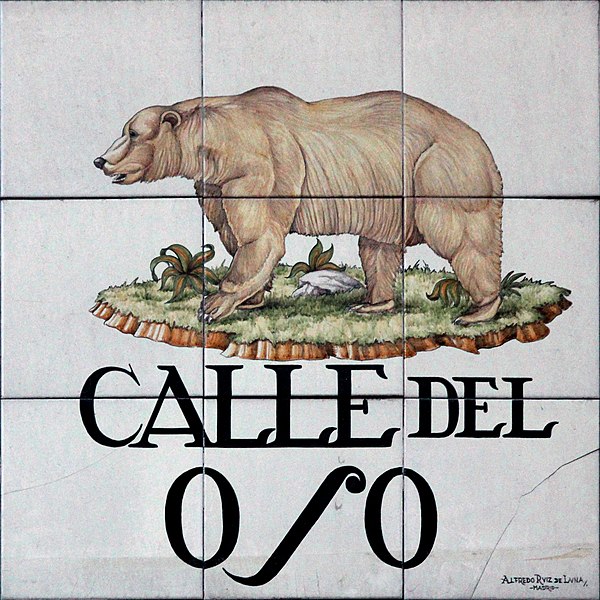 “Bear Street” or Calle del Oso is nearby to calle Paloma. Taking advantage of the name, some bars are serving beer to their target audience.

Need A Guide for Madrid?

If you are visiting Madrid and need a gay friendly guide to show you around, then contact Holiday Houseboys. These are gay friendly tour guides who look after your safety and welfare at all times. Click on the “Guide Info” button below to see who is your Holiday Houseboy for Madrid.